The previous page plots changes in the frequency and intensity of major earthquakes (6.1 and greater). I performed this search of the USGS NEIC database not sure exactly what I would find. Two categories are plotted: (1) 5.0 to 6.0 (strong to very strong on the Mercalli scale--strong enough to scare you but not likely to cause serious damage, and (2) 4.0 to 4.9 (moderate to rather strong on the Mercalli scale--noticeable but probably not big enough to really scare you).

In terms my hypothesis of human consciousness minimizing harm from geophysical stresses, what seems to be happening is that additional stresses not released by major earthquakes are being relieved primarily through lower intensity earthquakes. Here the issue isn't so much minimizing physical harm as minimizing emotional harm.

Here is the updated graph. The numbers for 2008 are prelmininary (I prepared this graph on January 2 and when I checked the next day another earthquakes had been added on the 4.0 to 4.9 range). 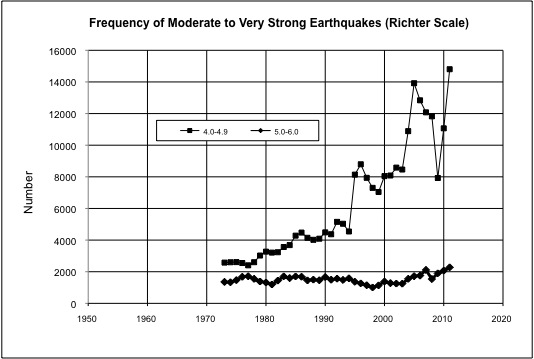 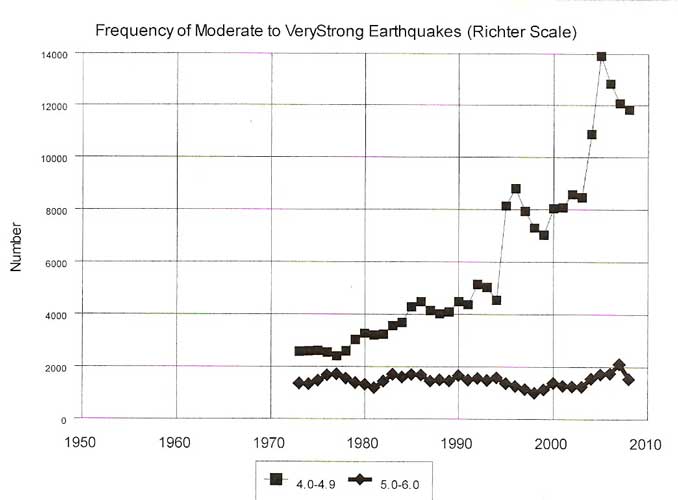 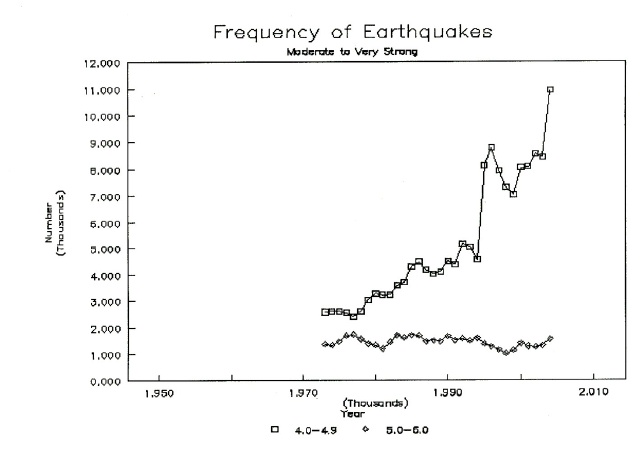